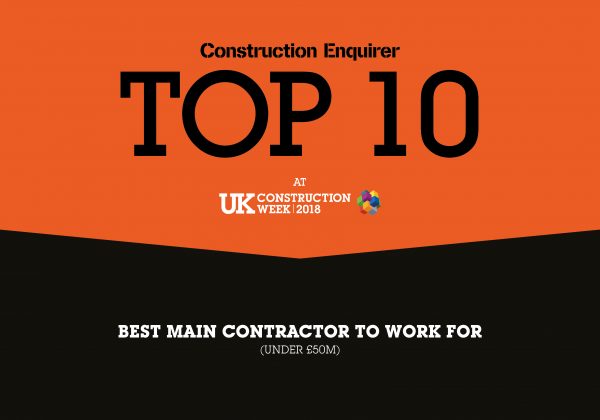 Knights Construction Group was nominated in the awards category of ‘Best Main Contractor to Work For (under £50m)’ and despite missing out on being named as the overall category winner, we are delighted to have been named in the ‘Top Ten Winners’ for the category.

“It is a brilliant achievement for us to be named in the ‘Top Ten Winners’ list”, said Michael. “These awards are voted for by construction people so it’s a real honour to be recognised as a contractor that’s doing things right. I’d like to thank everyone who took the time to vote for us – it’s very much appreciated.”